KAP adventures above the Caxambass Pass, Florida….One of my favorite places to sail and fly kites.

Out soaking in the beautiful sunshine, blue green water and white sand with pelicans and dolphins passing by….Yes a fun place to fly kites.

A short sail out into Caxambass Pass on my Hobie TI sailing kayak and I was standing on one of the many “10,000 Islands”. A beautiful place to fly kites and do some Kite Aerial Photography (KAP). 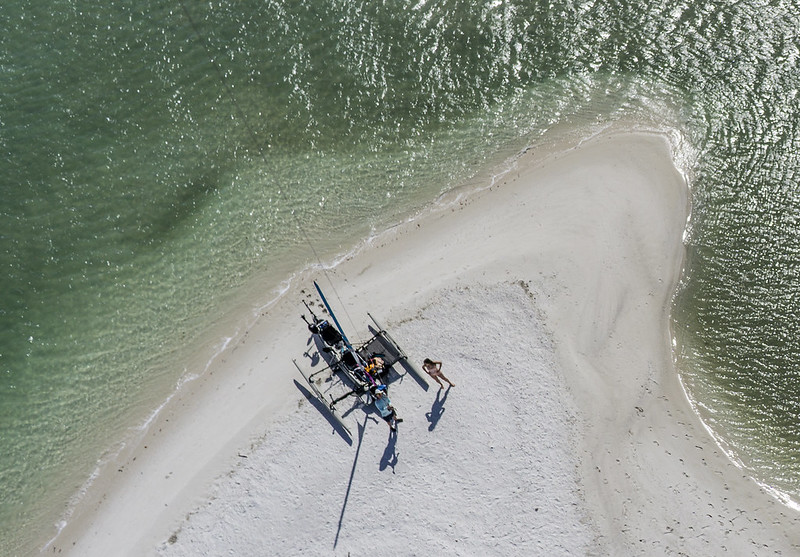 I have been coming to this location for over 15 years…..shooting KAP with my Canon A570is, Canon G-9, Canon S100 and a few Go Pros along the way. Recent years I was lucky enough to build a more advanced Auto KAP rig sporting the Sony A5000, then the Sony A5100 and eventually after about 10 years of nonstop KAP fun I moved to the Sony A6000. The APC mirrorless camera fitted with a very sharp Sony 20mm prime lens. The Sony A6000 is a solid performer and I have taken 10s of thousands of KAP photos from all around the world….just not with the same Sony A6000 ….

Just 5 years ago…the Island I was standing on did not even exist…shifting sand… changes everything….

Time moves along….and so do my kites and cameras…..

I am losing track… of cameras lost during KAP … few that I remember include:

Part 2 contains photos of the saltwater damage to the Sony A6000....